Groundwater resources in the Greater Cape Town area: the status quo and beyond 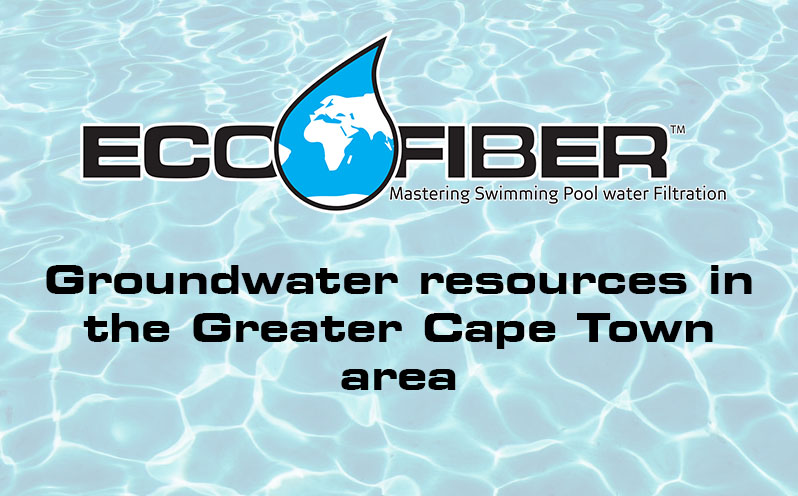 In this short position paper, I will set-out an inventory of the relatively well-known local aquifers and also put forward some possible additional aquifers and methods for obtaining more groundwater for the City. Groundwater storage in these aquifers vastly exceeds surface water stored in the City’s dams, even when they are at full supply capacity. Fortunately, groundwater is mostly protected from direct evaporation and takes longer to react to drought so it can form a bridging supply source in times of surface water shortage. Even with the current drought and relatively dry winter, aquifers will be nowhere near c.35% of their storage capacity, as with the City’s surface water supply dams (as of September 2017). However, groundwater/aquifers are not a panacea for the City’s water crisis and their exploitation on a large scale (volume and time-wise) is a complex issue requiring careful scientific assessment and management.

The main aquifers of the Greater Cape Town Area (GCPTA) comprise of both primary (groundwater is stored and moves within original pore spaces, e.g. sand) and secondary (groundwater is stored and moves within fractures such as faults, joints and bedding planes in otherwise impermeable rock, e.g. sandstone) aquifers. The GCPTA has two main primary and one main secondary aquifer, all of which fall into the major aquifer classification of the Dept. of Water and Sanitation; basically an aquifer supporting high yielding (>5 L/s) boreholes supplying good quality (electrical conductivity or EC of <150 mS/m) groundwater. The primary aquifers are the Atlantis Aquifer and Cape Flats Aquifer (CFA) and the secondary aquifer is the Table Mountain Group Aquifer (TMGA). All three are subject to intended further exploration/exploitation by the City as part of the current drought relief effort. They are the only local aquifers where individual sustainable borehole yields of >10 L/s can be expected, hence the “Big Three” label.

The Atlantis Aquifer was initially developed in the 1970s with two production wellfields, the Witzand (c.3.2 Mm3/a) and Silwerstroom (c.2 Mm3/a) wellfields, and a system of ponds for introduction of storm water run-off and treated effluent back into the aquifer (artificial recharge). It is one of the best known/studied aquifers in the country. Biofouling of borehole screens, which causes reduced yields, is an ongoing management problem in this aquifer and requires periodic remediation.

The CFA has not been systematically developed to date and what was once a pristine landscape of sand dunes and scattered vegetation is now largely covered by various housing and industrial developments, cemeteries, waste water treatment plants and two major waste disposal sites, Swartklip and Coastal Park, the former located just about squarely on the most productive part of the aquifer. Development of this aquifer will have to take such potential impacts on groundwater quality into account and there will also be the challenge of installing and securing expensive pumping and monitoring infrastructure in a heavily populated/developed area.

The TMGA forms the catchment areas of the City’s large supply dams and my understanding is that it is proposed to pump groundwater into whichever existing dam(s) is closest to the wellfield(s) developed in this aquifer. Groundwater circulation is deep, up to thousands of metres (using thermal springs such as Brandvlei – 64oC – as geothermometers) and production boreholes will also be deep (hundreds of metres) and correspondingly expensive. The TMGA Project started in 2002 and production borehole yields of 100 L/s (3.1 Mm3/a) each were promised by the City’s consultants and used for feasibility planning purposes. To my knowledge, yields of this magnitude are only reliably obtained in one of South Africa’s few other major aquifers, the dolomites of the East, West and Far West Rand (due to the unique weathering features of the dolomite). I personally don’t think that sustainable yields of this magnitude will ever be obtained from the TMGA but will be very pleasantly surprised and very happy to have been proved wrong if they are/have been. After 15 years of work, it is high time for significant volumes of TMGA groundwater to start contributing to the City’s supply system, based on sustainable recharge estimates or possibly short-term (a few months) ‘over-pumping’ for emergency bridging purposes if surface water runs out.

It has been stated by the City’s consultants that there are billions of cubic metres of groundwater in storage in the TMGA; however, the only way to determine if a significant part of this water can be abstracted in a sustainable and environmentally acceptable manner is by pumping and monitoring; monitoring the status quo will not provide this information and so it is a bit of a catch-22 situation. Apparently a pilot wellfield abstracting 5 Mm3/a (c.14 ML/day) will be established near Theewaterskloof Dam by 2022 (this may now be out of date). This seems like a very long time to tentatively access a very small part of the billions of cubic metres apparently in storage and won’t help address the immediate water crisis facing the City.

The City intends to extract 100 ML/day (36.5 Mm3/a) from the above three aquifers as part of an “Immediate and 1st Tranche” of development, plus 10 ML/day from the TMGA. It is not clear if some or all of this abstraction will be on a “safe yield” basis (abstraction less than average recharge) or on a short-term emergency basis possibly equalling or exceeding recharge for emergency bridging supply purposes. Increased groundwater abstraction is also being planned at a time of decreased rainfall and therefore, presumably, decreased recharge to aquifers. The creation of increased storage space in the TMGA by pumping may also affect run-off into storage dams but presumably these water management issues have/are being looked into by the City.

Some additional aquifers/abstraction methods that don’t seem to have been included in discussions so far include:
• The Newlands Aquifer;
• The Malmesbury Group aquifer underlying both the Atlantis Aquifer and CFA;
• The Colenso Fault;
• Boring of inclined tunnels into the TMGA;
• Non-conventional groundwater recovery along sandy coastal areas; and
• Recovery of upwelling groundwater offshore.

The Newlands Aquifer was discovered by the writer in c.1992 while carrying out drilling and testing of production boreholes at the South African Breweries site in Newlands. Apart from well-known strongly flowing springs, the area was found to be characterised by high yielding boreholes at a number of schools. There were plans to carry out further investigations and development of this aquifer but, apart from people recently being encouraged to fill up with spring water for home use, not much more seems to have happened (?).

The Malmesbury Group rocks are usually considered to form a largely impermeable base to the CFA and Atlantis Aquifer. However, where fracturing is present in these rocks they can form important aquifers in their own right. Good examples of this occur in the Philippi area where numerous high yielding boreholes, whose water is used for irrigation, tap the Malmesbury Group aquifer beneath the CFA. Another example occurs near Koeberg Nuclear Power Station beneath the Atlantis Aquifer and sustainable yields of up to 6 L/s were obtained from boreholes drilled through the sands of the latter into the Malmesbury Group rocks (Nuclear-1 EIA report). Further work is warranted to better define the productive area and yield potential of this aquifer type, which could be combined with the proposed expansion of the Atlantis Aquifer. This could possibly then be known as the Atlantis Aquifer System and CFA System.

The Colenso Fault is a major structure running for c.150 km from the Stellenbosch area north-west towards Saldanha (hence also known as the Stellenbosch-Saldanha Fault). It comprises of composite fault planes diverging and coalescing, cutting rocks of the Malmesbury and Klipheuwel groups. Drilling and testing in the Riverlands and Kalbaskraal areas along the fault zone have shown the presence of a high yielding aquifer with sustainable borehole yields in the 4 to 7 L/s range with EC of <150 mS/m. This aquifer could be further developed for water supply to the Malmesbury, Abbotsdale and Kalbaskraal communities. Evidence of similar high yields have been obtained along the sub-parallel trending Piketberg-Wellington Fault, e.g. at Pearl Valley Golf Estate (these areas may not be directly relevant to the City’s water issues but a lessening of demand from these areas could free-up water from other sources).

Exploitation of the TMGA is usually by means of boreholes of varying depth (usually >150 m) and diameter, plus natural flow from thermal springs such as at Citrusdal, Goudini, Calitzdorp and Brandvlei. A further methodology could be the boring of inclined tunnels into the aquifer that could follow favourable aquifer features. Examples of a tunnel producing large volumes of groundwater, albeit that wasn’t the reason for its construction, is the Orange River Tunnel (Karoo Aquifer). Intersection of a major fracture zone resulted in flooding of the tunnel with a flow of c.900 L/s. I don’t know if this methodology has been considered in the TMGA Project.

A further idea for potentially significantly increased groundwater abstraction that does not seem to have been addressed thus far is a specially designed and managed non-conventional groundwater recovery system. This would be installed parallel to and above the high tide mark, that could capture the groundwater that is being naturally lost from aquifers as it flows into the sea. A theoretical estimation of the water that might be recoverable by this method from the CFA, just along False Bay, compares favourably to other proposed augmentation schemes. What is also attractive about this potential water supply is that this water could be conveyed to the relatively close-by existing Faure water treatment plant or Lower Steenbras Dam. Although comparative development costs are not yet available, I expect them to be favourable.

This short tour of the GCPTA aquifers concludes with an unconventional groundwater harvesting methodology involving capturing of groundwater upwelling at subterranean spring sites offshore. Technology has been developed for this and is in use at many sites around the world. Whether any favourable such sites exist around the Western Cape coast is unknown at this stage.

Investigation of at least some of the above additional groundwater sources could lead to the relatively quick addition of significant volumes of water into the City’s supply system, in addition to that already planned. This has additional significance given that the City’s estimates of augmentation volumes achievable within the required time scale have recently been called into question by their own consultants (on the basis of time constraints rather than recharge constraints as I understand it).

An assessment of the current ‘private’ groundwater abstraction (and likely numerous pending borehole installations) from within the GCPTA is also an urgent priority, if it hasn’t already been done, which should be compared with estimates of sustainable abstraction.

I have been punting the use of TMGA groundwater by the City (and e.g. Port Elizabeth) since the 1990s but in those days kept coming up against a proverbial dam wall. Our dams would fill up again after a period of drought and groundwater development would be shelved. Now the City is looking at developing three aquifers at the same time (plus other sources), with high rainfall unlikely to come to the rescue anytime soon and an integrated water development and use plan sorely needed. Perhaps there is one. Then I look at our household water bill and wonder for how much longer we can afford to so greatly undervalue this scarce and essential resource.